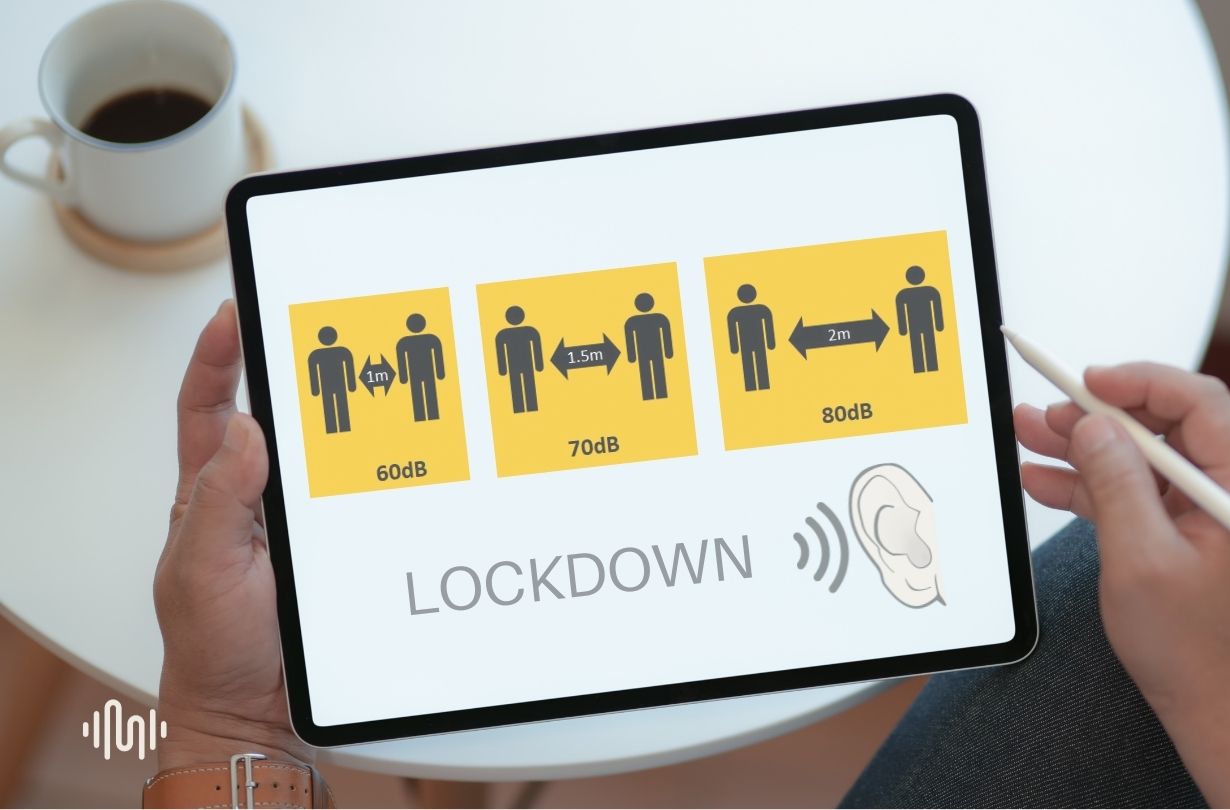 Here we look back on Nick Hunn's piece reflecting on how we were thinking about the easing of restrictions earlier in the year.

Do you think we'll feel the same after the second lockdown?

There haven’t been a lot of positives about the Covid lockdowns, but one of the few which has been widely reported is that we can hear birdsong again. As traffic volume has diminished and we work at home, the level of noise around us has fallen to a point that most of us can’t remember. It means that we can hear things we haven’t heard for many years.On the flip side, we’re missing the sound of social interaction. As restrictions are relaxed, it’s interesting to consider whether we have learnt anything from this period of unexpected quietness and how it might change our lives going forward.The desire to talk is obvious. Although Skype and Zoom have been a boon, they really don’t make up for face to face conversation. One of the things I’ve noticed since pubs and restaurants have reopened is that people are no longer sitting at tables looking at their phones.The conversation has become the drug of choice. At least for the moment.It will be interesting to see whether proprietors recognise and encourage this. Over recent years it has sometimes felt that venues are doing their best to stop conversation. The concept of a quiet meal seems to have been replaced with one where you struggle to make yourself heard over the poor acoustics and intrusive music.I have never understood why chefs, who have put love and effort into preparing wonderful food, want to stop me from talking about it, although it has often made me think that we need a Campaign for Quiet Restaurants.

Related article: The Role of Sound in Food

I’m not alone in thinking that. Back in 2016, Action on Hearing Loss produced a report “Hearing the views of your customers”, which headlined the fact that nearly 80% of people have left a restaurant, café or pub early because of the noise.They weren’t the first to highlight this. Since 1998, the San Francisco Chronicle has been reporting the level of noise in their restaurant reviews by awarding them “bells”; one bell for a quiet restaurant at less than 65dB, up to a BOMB which is too noisy for normal conversation, coming in at over 80dB.In 2012, they reported that diners were hard-pressed to find a restaurant in San Francisco under 75dB, with an increasing trend to noisier. Zagat’s annual consumer survey in 2018 reinforced that, revealing that noise was the most common complaint from diners, beating poor service, overcrowding and high prices. Since then, we’ve seen the emergence of startups like Mumbli and Soundprint which are surveying restaurants and social venues to give users a better understanding of where to go.

What might have been annoying last year has just acquired a new dimension. The effect of noise is that you need to speak louder to be heard and research shows that corresponds to a greater spread of droplets.That means that anyone with Covid is likely to be spreading their viral load over a wider area. It is still a chance whether there is anyone who is infected in a bar or restaurant, but if there is, they are likely to infect more people if it’s noisy. A quiet venue, below 65dB should be able to work with 1-metre spacing.If they push the volume up to 80dB, they should probably double their table spacing to 2 metres. As we start to see pubs, restaurants and bars closed because of Covid-19 cases, it would be interesting to see how many infections are traced to each and correlate that against the noise level on that day.

Related article: How do face masks affect our communication?

It might give us some very useful information about how to safely open up the hospitality industry. In the meantime, owners should start thinking about the damage they may be doing to their customer’s immediate health by turning the volume up.It is no longer just an unpleasant distraction; it could literally turn it into a matter of life and death.