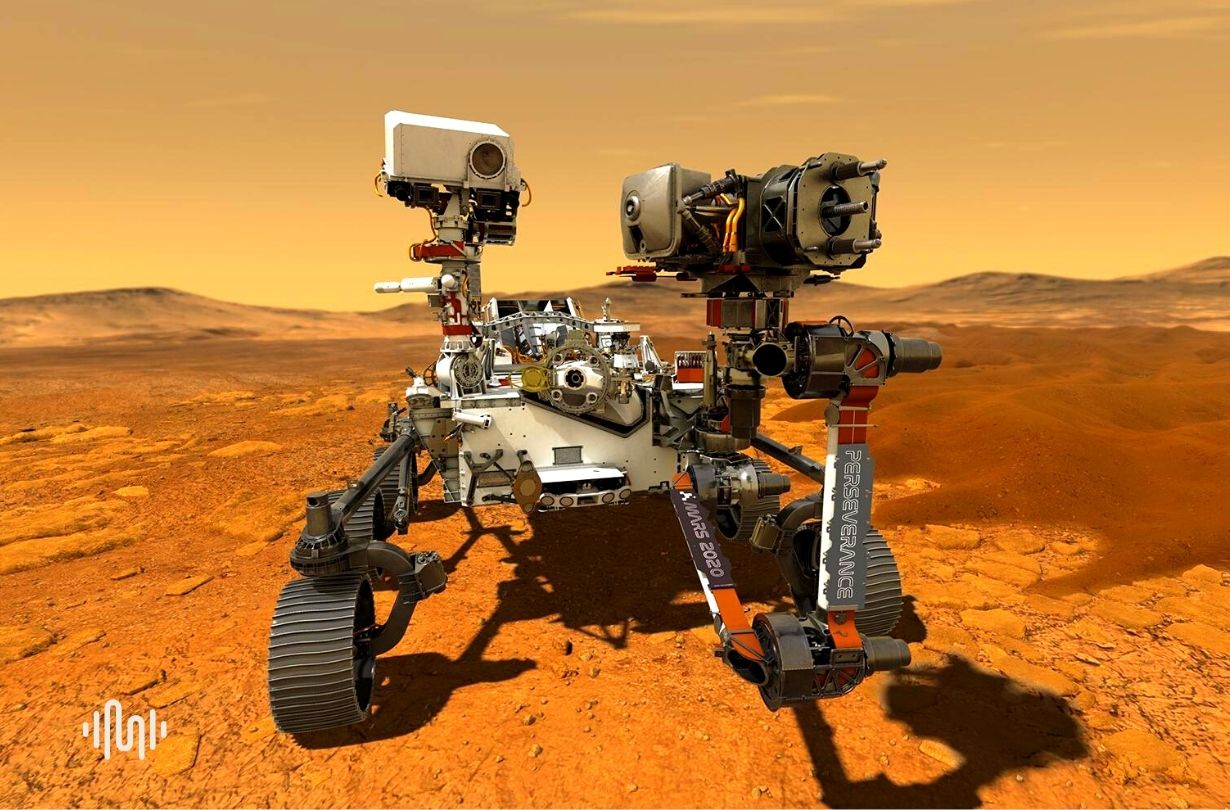 NASA’s Perseverance Mission Records the First Ever Sounds From Mars

We have all googled for the images from Mars, and yet for years, we have never been able to capture the sounds that go on there.That is until now!

NASA’s perseverance mission records have pulled the plug on silence by recording the first-ever sounds from Mars.With the mission to better understand the red planet, the team designed two microphones dedicated to the exploration of Mars, at ISAE-SUPAERO in Toulouse, France. The first Mars sounds were recorded on February 19, 2021, the day after its arrival. The sounds recorded were found to fall within the human audible spectrum, between 20 Hz and 20 kHz.The investigation revealed that the red planet is actually quiet. Investigators even doubted if the microphone was switched off, as natural sounds are very rare to find in outer space. To better pinpoint the sounds, the scientists strategically calculated them by focussing on the sounds generated by the rover, as well as the shock waves produced by the impact of the SuperCam laser on rocks and flights by the Ingenuity helicopter.By combining the studies of these sounds on Mars compared to the same on Earth, the team was able to accurately characterize the acoustic properties of the Martian atmosphere.

The findings of the NASA-Mars sound mission

The findings concluded that sound on Mars was found to be 240 m/s, lowered to that of the Earth which is 340 m/s. They also concluded that it would be hard for two people to have a conversation by just standing 5meters apart.

Other news: Global Standard for Safe Listening Venues and Events 2022 : WHO

Where can you hear these Mars sound recordings and findings?

Wondering how cool these sounds on Mars are? especially when compared to when the same sound is played on Earth?CLICK HERE - to access 10 Sounds tested by NASA on both Earth and Mars, with a side-by-side comparison.

One year after the NASA-Mars sound mission

Scientists on the SuperCam microphone took into account the three key variables of atmospheric temperature, density, and chemistry to generate these sounds, with a simulated distance of about 492 feet (150 meters) between the audio source and the listener.The SuperCam team was made up of engineers and scientists from the U.S, France, Spain, Canada, Denmark, and Germany.A total of 5 hours of recordings of the acoustic environment have been obtained after completing one year of this mission by NASA. The in-depth analysis of these recordings has made the sound generated by the turbulence of the Martian atmosphere detectable. This study, done at 1000 times scales smaller than any other turbulence measured shall enhance our understanding of the interaction between the atmosphere and the surface of Mars.It has also led pathways to futuristic projects with better-equipped robots with microphones, to expand our knowledge of planetary atmospheres.