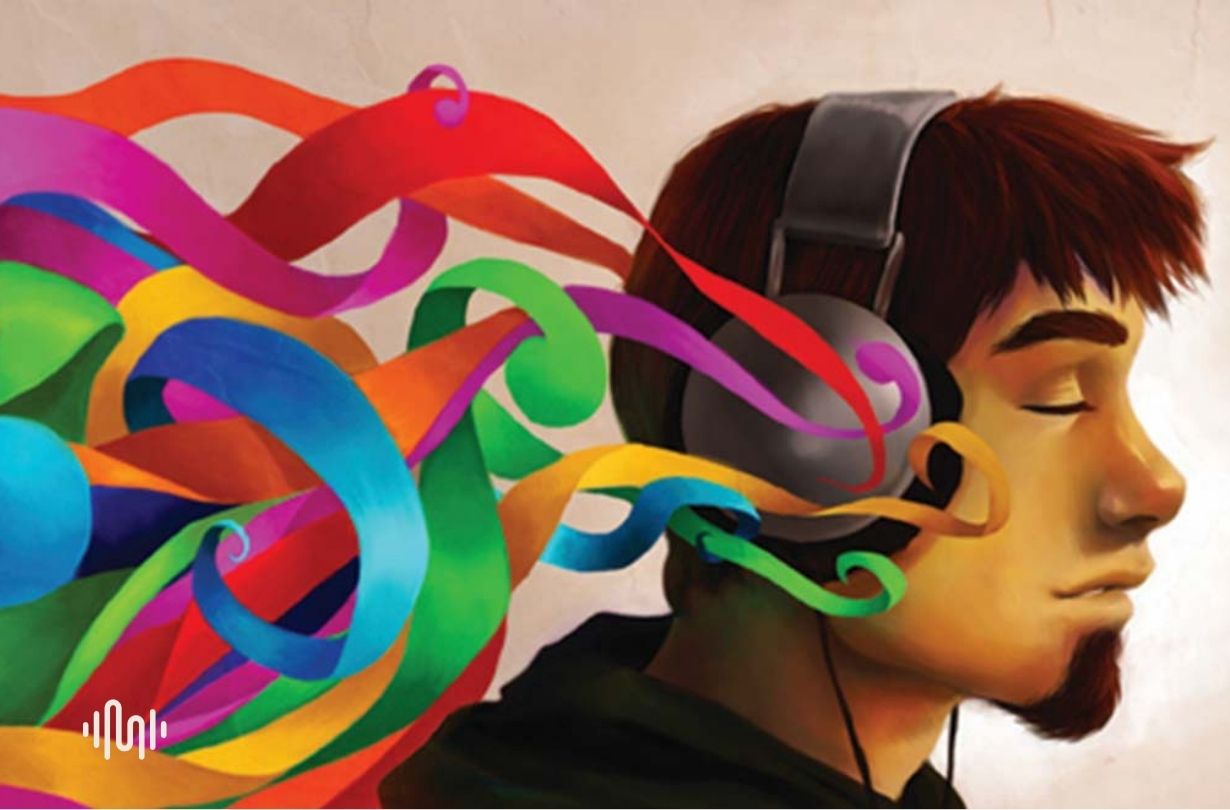 Imagine this. You’re at a concert with friends when someone leans over and shouts in your ear: ‘what colour is this song?’

Would you have an answer for them? Or would you think they’d gone stark raving mad?

While some of us wouldn’t even know where to start, there are others of us who would find the question perfectly natural. One in 3,000 of us, to be precise! These are the relatively unusual individuals who have something called ‘sound-to-colour synesthesia’ – otherwise known as chromesthesia.

What is sound to colour synesthesia?

To those of us who don’t have it, synesthesia can seem like something plucked straight out of a comic book. Essentially, it’s a neurological condition that links one sense to another.

Sound to colour synesthesia is the neurological condition that links your sense of hearing to your sense of sight. Someone listening to a piece of music might automatically (and involuntarily) see their own private show of colourful lights dance before their eyes.

Very similar to how one person might conjure up the taste of chocolate each time they smell a rose. Or how someone else might associate the colour blue with the feeling of a brand new leather sofa.

If you’re shocked to learn that some people see a whole spectrum of colours when they hear sounds, then think of this: somebody who has chromesthesia is likely to be just as shocked to discover that other people don’t!

Related article: Effects of Music on the Brain

Is sound to colour synesthesia a disease or disorder?

Don’t worry, sound to colour synesthesia is far from being a disease or disorder. In fact, research has shown that people with synesthesia can actually perform better on some memory and intelligence tests, according to The Synesthesia Project!

Not only that, but a remarkably high number of famous artists and musicians have admitted to having chromesthesia – from Vincent Van Gogh to David Hockney, Leonard Bernstein and Wassily Kandinsky. Kandinsky even used his chromesthesia to create his paintings – one reason why many are named after musical terms, like ‘Compositions’ and ‘Improvisations’!

Related article: Why do we prefer some people’s voices over others?

Where does sound to colour synesthesia come from?

When sound to colour synesthesia was first discovered in the 19th Century, people wrongly traced it back to the eyes, thinking it shared similar qualities to colour blindness. But once they realised that people can experience the same characteristics with their eyes closed, that idea was shelved.

Instead, we turned to neurologists to shed some light…

Although there are still no definite answers, most people now believe that sound to colour synesthesia comes from childhood experiences where associations were formed between stimuli. For example, you might associate Mondays with the colour orange because on Mondays you used to do maths in an orange textbook.

Another theory is that a gene for synesthesia results in extra connections and cross-wiring between areas of the brain.

Related article: Finding the words: the vocabulary of sound

Do I have sound to colour synesthesia?

If what you’ve read up till now rings true, then

YES – you may well have sound-to-colour synesthesia.

However, if you’re not quite sure, it might well be that you fall into a different category. While most of us don’t experience colourful light shows when we listen to music, recent research has revealed that many non-synesthetes also have music-to-colour associations that link the two senses in a similar way.

Nautilus asked a group of non-synesthetes to listen to a range of music clips and pick out the colours that best matched each one. When faced with a lively Bach concerto in a major key, people were found to regularly pick out bright and vivid colours, dominated by yellow. Meanwhile, a snippet of rock music by BBM saw people identifying dark colours, such as red and black.

The same group was also asked to rank which colours were happiest, saddest, angriest and calmest. Perhaps unsurprisingly, the colours that they chose to identify with each music piece generally shared the same emotional qualities.

To form a decent comparison, a group of synesthetes was then asked to listen to the same pieces of music and identify which colours were ‘most similar to the colours they experienced while hearing the music.’ Interestingly, the colour choices made by both groups were remarkably similar – suggesting a strong emotional correlation and giving the more ‘ordinary’ among us an intriguing insight into the minds of synesthetes.

Related article: How sensitive are you to sound?

So, next time someone asks you ‘what colour is this song?’, perhaps you’ll have cause to think a little longer. Who knows, you may even be thinking of the same one!